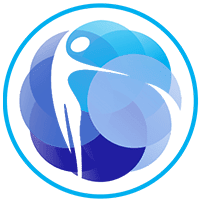 Exceptionally long, short, or heavy periods are more than frustrating, uncomfortable, and unpredictable, they may signal a health problem. At West Coast Obstetrics & Gynecology in Bradenton, Florida, the team of OB/GYNs can help determine the cause of your irregular menstruation and offer treatment. Call the office or book an appointment online if you’re concerned about your menstrual cycle.

What is an Irregular Period?

The typical menstrual period lasts four to seven days and occurs 21-35 days apart. If you miss more than three periods and aren’t pregnant or in menopause, or have a flow that is heavier or lighter than usual, you should be concerned. Periods that last longer than seven days, are accompanied by notable cramping or nausea, and spotting between periods or after sex is also of concern.

What Can Cause Abnormal Menstrual Bleeding?

An occasional irregularity in your cycle can be the result of stress, dieting, illness, or other disruptions to the norm. You may also experience abnormal bleeding due to:

Some medications, bleeding disorders, and complications with pregnancy can cause abnormal bleeding. If you go into premature menopause, you may also have an issue with irregular vaginal bleeding.

How is the Cause of Irregular Bleeding Diagnosed?

The doctors at West Coast Obstetrics & Gynecology do a comprehensive pelvic exam and health history to help inform their diagnosis. They’ll review your symptoms and may perform a Pap test. You may undergo blood tests, ultrasounds, and an endometrial biopsy to help the doctors understand what may be causing your irregular bleeding.

How is Irregular Bleeding Treated?

Treatment for your irregular bleeding depends on the cause. In many cases, administration of the hormone estrogen or progestin can help regulate your cycle.

If you have uterine fibroids causing your bleeding, the doctors may recommend a myomectomy, which is a simple surgical procedure that removes the noncancerous growth. In severe cases, a hysterectomy may be called for.

If endometriosis causes irregular bleeding or the growth of tissue similar to the uterine lining on areas outside of your uterus, the doctors may offer over-the-counter pain relievers to decrease your pain and offer hormone treatments to help control the overgrowth of tissue that’s causing your heavy periods. Depending on your case, the OB/GYNs at West Coast Obstetrics & Gynecology may recommend you undergo laparoscopic surgery to remove the excess endometrial tissue.

To learn more about treatment for irregular menstrual bleeding, call the office of West Coast Obstetrics & Gynecology or book an appointment online.